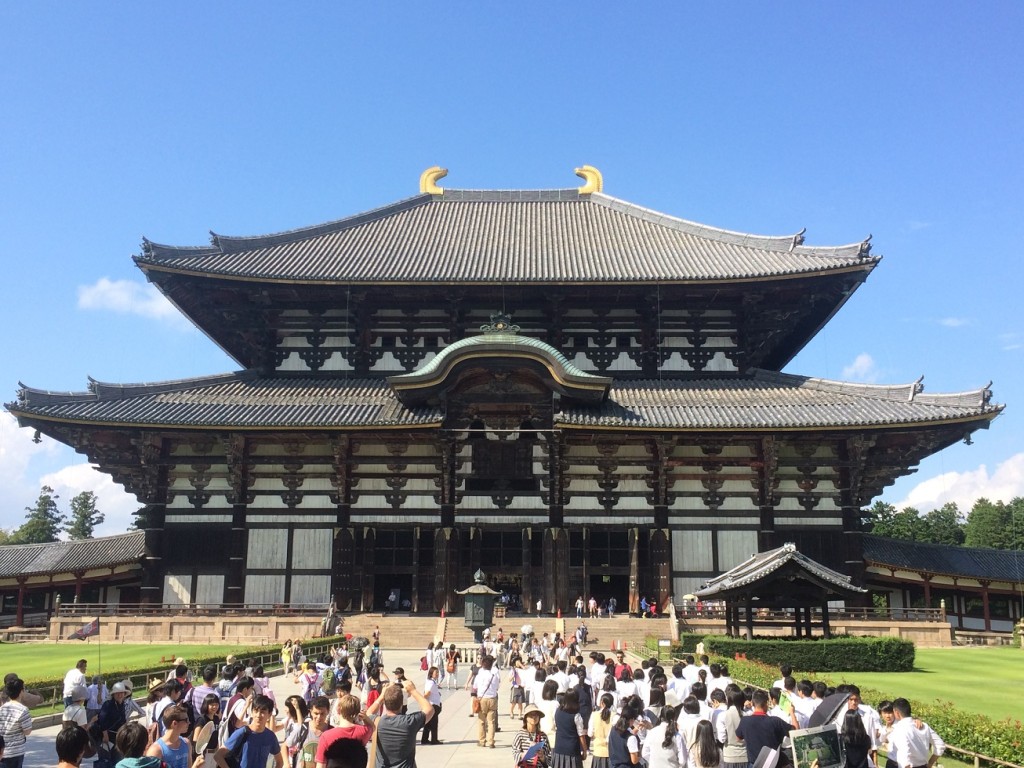 Todaiji temple, literally means “ Great Eastern Temple” was founded in the middle of 8th century by Emperor Shomu(45th emperor) in the hope of making a peaceful country with a power of Buddhism. The erection of the temple was a national project. The main hall which houses the Great Buddha Image is said to be the largest wooden structures in the world.